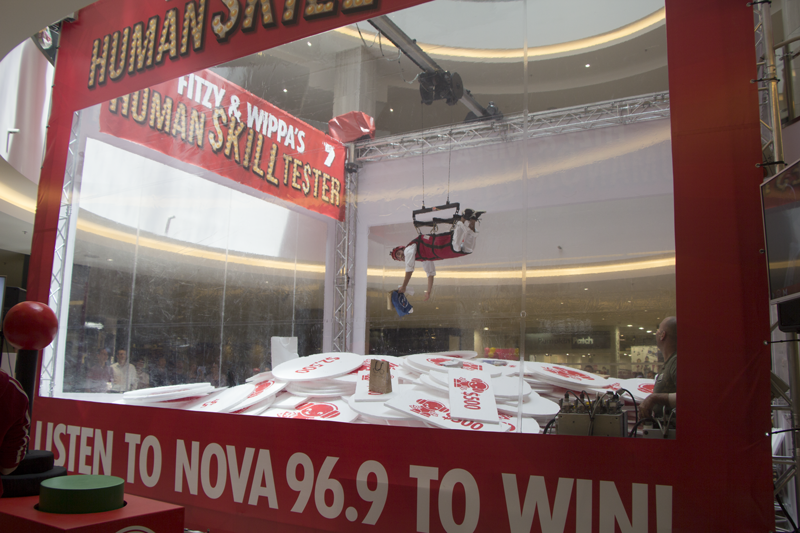 The Human Claw Machine takes participants on an adventure as they navigate their partners, strapped onto a harness, via a life-size joystick hovering over a pool of prizes to win and to take home an experience they’ll never forget!

It was originally unveiled in Chadstone, Melbourne in September last year for Cartoon Network that gave kids the opportunity to control their parents during the school holidays. Even though our Melbourne rep, Doug Watkins, wanted first dibs on being strapped in a harness… Rove McManus was the first celebrity to test his skills out on being the claw.