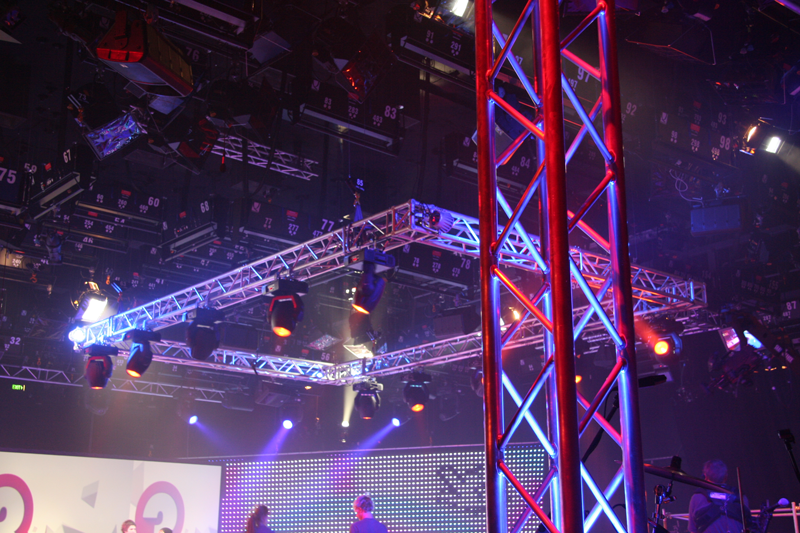 ABC launched their brand new digital children’s channel in December to much fanfare and celebration. ABC3 is the country’s first free-to-air dedicated children channel and has been an outstanding success across the board since the launch. The ABC set designers love the Global Truss “look” and when using the truss always try and make the truss a design feature rather than simply a structure from which to suspend lighting.

Part of the large foyer area in the Harris Street headquarters was transformed into a function space bound by a 35m long F34 Truss wall framing banners of the feature programs being introduced by the new channel. The Prime Minister joined in on the celebrations pushing the button that “switched” the channel live-to-air at 6.00pm amid the obligatory streamers, confetti and balloons falling from the studio ceiling. Later that evening, Mr Rudd looked very comfortable behind one of our new Global Truss lecterns as he presented a speech highlighting the importance and significance of the new ABC3 channel. The successful launch was a precursor to the channel going from strength to strength ever since.